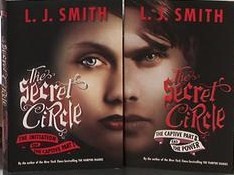 Friday's Fictional Fellas is a new weekly post where A and C argue which handsome fictional guy is best. We pick a book, pick a fella, and have a little debate. Enjoy!

Again, I fall for the bad boy. I have this innate nature to like everything bad and a little rough around the edges. Diana was also far too kind and caring to lose Adam. How unfair is that? I would have understood if she was obnoxious like Faye, but she wasn't. Adam should have stayed with Diana. Cassie is obviously conflicted - her emotions are all over the page. Nick is dark and coldly handsome but always willing to help Cassie. He rescued her backpack;  he earned my vote right from the start. Nick is quiet and resevered - the perfect guy. Plus, he's head over heels in love with Cassie. *le sigh* He can be in love with me; I have no objections. Nick gets the short end of the stick in these books ladies. But I would totally there to comfort him. Did I mention he drives a motorcycle? Hot bad boy in a leather jacket, and some cool shades? Yes please

"And then it was Nick's turn. Cassie felt something inside her tighten. It wasn't that she was attracted to him, exactly, but...she couldn't help feeling a slight inner tremor when she looked up at him. He was so handsome, and the coldness that surrounded him like a thin layer of dark ice seemed only to enhance his looks. He'd stood back and observed the entire ceremony tonight with such detachment, as if none of it affected him one way or another." - The Initiation 181


There are so many more awesome Nick moments in these books, I just can't find them right now. But trust me, he's smoldering and you know you want him ;)


I think I fell for Adam because he was taken. Yes, I know. How cliche of me, but it's true. The idea that Adam and Diana were together and such a wonderful couple made me pine for him just as Cassie was. I honestly and truthfully believed that he would always be the one that got away. That Cassie would go on living her life without ever having the chance to be with Adam. Their love is forbidden which is the best way isn't it? Adam appeals to me for many reasons including his auburn hair and blue-gray eyes. Yum! Putting looks aside though, Adam's moral compass is pointing in the right direction. He never intended to fall in love with Cassie because he wanted to stay true to Diana. How sweet, eh? This doesn't mean that he's always a good boy though. Adam steals a few kisses from Cassie here and there behind Diana's back. A little bit of badass to balance the good. Just the way I like it.
Quotes:

"This is a chalcedony. It's a - good luck piece. If you're ever in trouble or danger or anything like that, if there's ever a time when you feel all alone and no one else can help you, hold on to it tight - tight" - his fingers squeezed hers- "and think of me." -26

"You weren't like any girl I'd met on the outside -you could accept mysterious things - even magical things - without being afraid of them or trying to destroy them on sight. You were ...open. Tolerant. You didn't automatically hate or reject anything different." -245


"I should have realized sooner. I should have recognized how I felt and dealt with it. Instead I forced you into exactly what you were trying to prevent." -255