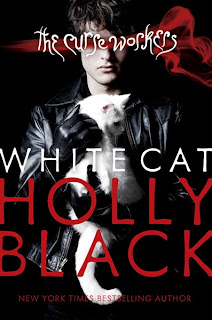 Cassel comes from a family of curse workers -- people who have the power to change your emotions, your memories, your luck, by the slightest touch of their hands. And since curse work is illegal, they''re all mobsters, or con artists. Except for Cassel. He hasn''t got the magic touch, so he''s an outsider, the straight kid in a crooked family. You just have to ignore one small detail -- he killed his best friend, Lila, three years ago.
Ever since, Cassel has carefully built up a façade of normalcy, blending into the crowd. But his façade starts crumbling when he starts sleepwalking, propelled into the night by terrifying dreams about a white cat that wants to tell him something. He''s noticing other disturbing things, too, including the strange behavior of his two brothers. They are keeping secrets from him, caught up in a mysterious plot. As Cassel begins to suspect he''s part of a huge con game, he also wonders what really happened to Lila. Could she still be alive? To find that out, Cassel will have to out-con the conmen.

Holly Black has created a gripping tale of mobsters and dark magic where a single touch can bring love -- or death -- and your dreams might be more real than your memories.
**********
I had always had full intentions of reading this book, but it wasn't until I received an ARC copy of Red Glove that I was pushed into book buying action. Then school became the hectic it has ever been and all of my reading was put on the back burner. Well, school is almost done, essay's are all handed in and that meant reading could finally be done.
When I started White Cat I found myself struggling to really get into the story. I can't exactly pinpoint why, but I found myself frustrated. However, the moment you hit that 1/4 way through mark it was hook, line, and sinker. I was sucked into Black's world of Curse Workers and her darkly humorous hero, Cassel. If you think going in that the hero of the story will be modeled under the good boy cookie cutter image, you will run head first into a brick wall, waking up slightly confused and a little bruised. Cassel is sarcastic, witty, deeply disturbed by his past memories, and non-trusting of everyone and everything around him. He is one of the most unlikely protagonists I've ever come across in a novel, but what the reader gets - through this unlikely narrating voice - is an magically infused story where the reader is let in on the con and sees the good in an improbable hero.
I loved the maturity of the language Black chose to use. Rather than have the language play down to a younger audience, it works to incorporate all age groups, 14 and up. There was nothing over the top in how Cassel chooses to speak, but there was also no holding back, either. The twists in the story, from Cassel's insane family, to his constant cons, the grief of Lila and his attachment to her, were all so superbly done that the book pulled of a con of its own: I was afraid to put the book down. I also loved the small Jace (from the Mortal Instrument series) shout out.
The concept of Black's White Cat was unique in many ways. Firstly, I have yet to read a book where people have the ability to change a persons luck, emotions, fate, or human form; Secondly, our hero is an  emotionally fragile and perplexed teenager who finds himself having to put his life on the line to figure out what is going on; thirdly, White Cat is a gripping story about learning to trust and love when you've never really understood how. Cassel must come to grips with his life being anything but the reality he has known and learn to survive outside the one true thing he has always believed in: his family.
Black has created a page turning YA dark suspense that will keep readers craving for more. White Cat made me laugh, heartbroken, shocked, and overly excited to have a chance to read more of Cassel's story in Red Glove. White Cat was an utterly twisted story of betrayal, lies, and theft, but most importantly magnificently crafted by Holly Black.
Oh and did I mention that the audio book is narrated by Jesse Eisenberg? I thought that was pretty cool!

Don't forget to check out White Cat's Page on Simon and Schuster and pick up your copy of Red Glove, in stores NOW! :)
-Ashley
Posted by Book Junkies at 10:26 AM