When sixteen-year-old Rhine Ellery is taken by the Gatherers to become a bride, she enters a world of wealth and privilege. Despite her husband Linden's genuine love for her, and a tenuous trust among her sister wives, Rhine has one purpose: to escape—to find her twin brother and go home.


But Rhine has more to contend with than losing her freedom. Linden's eccentric father is bent on finding an antidote to the genetic virus that is getting closer to taking his son, even if it means collecting corpses in order to test his experiments. With the help of Gabriel, a servant Rhine is growing dangerously attracted to, Rhine attempts to break free, in the limted time she has left.

Annah's world stopped that day, and she's been waiting for Elias to come home ever since. Somehow, without him, her life doesn't feel much different than the dead that roam the wasted city around her. Until she meets Catcher, and everything feels alive again.


But Catcher has his own secrets. Dark, terrifying truths that link him to a past Annah has longed to forget, and to a future too deadly to consider. And now it's up to Annah: can she continue to live in a world covered in the blood of the living? Or is death the only escape from the Return's destruction?

Lina is just like any other fifteen-year-old Lithuanian girl in 1941. She paints, she draws, she gets crushes on boys. Until one night when Soviet officers barge into her home, tearing her family from the comfortable life they've known. Separated from her father, forced onto a crowded and dirty train car, Lina, her mother, and her young brother slowly make their way north, crossing the Arctic Circle, to a work camp in the coldest reaches of Siberia. Here they are forced, under Stalin's orders, to dig for beets and fight for their lives under the cruelest of conditions.

Lina finds solace in her art, meticulously—and at great risk—documenting events by drawing, hoping these messages will make their way to her father's prison camp to let him know they are still alive. It is a long and harrowing journey, spanning years and covering 6,500 miles, but it is through incredible strength, love, and hope that Lina ultimately survives. Between Shades of Gray is a novel that will steal your breath and capture your heart.

Just when he thought things couldn’t get any worse...

Nick Gautier’s day just keeps getting better and better. Yeah, he survived the zombie attacks, only to wake up and find himself enslaved to a world of shapeshifters and demons out to claim his soul.


His new principal thinks he’s even more of a hoodlum than the last one, his coach is trying to recruit him to things he can’t even mention and the girl he’s not seeing, but is, has secrets that terrify him.


But more than that, he’s being groomed by the darkest of powers and if he doesn’t learn how to raise the dead by the end of the week, he will become one of them... 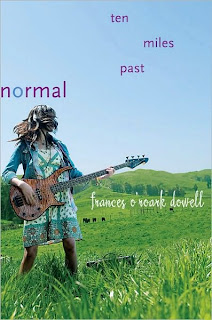 Janie Gorman wants to be normal. The problem with that: she’s not. She’s smart and creative and a little bit funky. She’s also an unwilling player in her parents’ modern-hippy, let’s-live-on-a-goat-farm experiment (regretfully, instigated by a younger, much more enthusiastic Janie). This, to put it simply, is not helping Janie reach that “normal target.” She has to milk goats every day…and endure her mother’s pseudo celebrity in the homemade-life, crunchy mom blogosphere. Goodbye the days of frozen lasagna and suburban living, hello crazy long bus ride to high school and total isolation—and hovering embarrassments of all kinds. The fresh baked bread is good…the threat of homemade jeans, not so much.

It would be nice to go back to that old suburban life…or some grown up, high school version of it, complete with nice, normal boyfriends who wear crew neck sweaters and like social studies. So, what’s wrong with normal? Well, kind of everything. She knows that, of course, why else would she learn bass and join Jam Band, how else would she know to idolize infamous wild-child and high school senior Emma (her best friend Sarah’s older sister), why else would she get arrested while doing a school project on a local freedom school (jail was not part of the assignment). And, why else would she kind of be falling in "like" with a boy named Monster—yes, that is his real name. Janie was going for normal, but she missed her mark by about ten miles…and we mean that as a compliment. 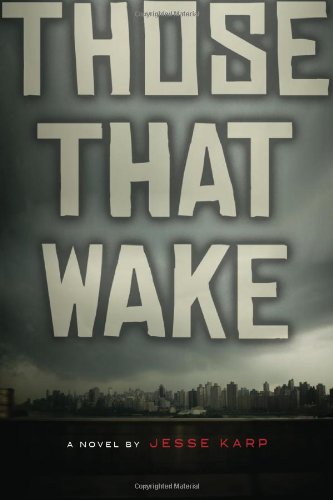 New York City’s spirit has been crushed. People walk the streets with their heads down, withdrawing from one another and into the cold comfort of technology. Teenagers Mal and Laura have grown up in this reality. They’ve never met. Seemingly, they never will.

But on the same day Mal learns his brother has disappeared, Laura discovers her parents have forgotten her. Both begin a search for their families that leads them to the same truth: someone or something has wiped the teens from the memories of every person they have ever known. Thrown together, Mal and Laura must find common ground as they attempt to reclaim their pasts.

Jude Farraday is a happily married, stay-at-home mom who puts everyone’s needs above her own. Her twins, Mia and Zach, are bright and happy teenagers. When Lexi Baill enters their lives, no one is more supportive than Jude. A former foster child with a dark past, Lexi quickly becomes Mia’s best friend. Then Zach falls in love with Lexi and the three become inseparable. But senior year of high school brings unexpected dangers and one night, Jude’s worst fears are confirmed: there is an accident. In an instant, her idyllic life is shattered and her close-knit community is torn apart. People—and Jude—demand justice, and when the finger of blame is pointed, it lands solely on eighteen-year-old Lexi Baill. In a heartbeat, their love for each other will be shattered, the family broken. Lexi gives up everything that matters to her—the boy she loves, her place in the family, the best friend she ever had—while Jude loses even more.
When Lexi returns, older and wiser, she demands a reckoning. Long buried feelings will rise again, and Jude will finally have to face the woman she has become. She must decide whether to remain broken or try to forgive both Lexi…and herself.


HAPPY READING!
Posted by Book Junkies at 8:00 AM