HE VOWED HE’D COME FOR HER . . . Murdered before he could wed Regin the Radiant, warlord Aidan the Fierce seeks his beloved through eternity, reborn again and again into new identities, yet with no memory of his past lives. SHE AWAITS HIS RETURN . . . When Regin encounters Declan Chase, a brutal Celtic soldier, she recognizes her proud warlord reincarnated. But Declan takes her captive, intending retribution against all immortals—unaware that he belongs to their world. TO SATE A DESIRE MORE POWERFUL THAN DEATH . . . Yet every reincarnation comes with a price, for Aidan is doomed to die when he remembers his past. To save herself from Declan’s torments, will Regin rekindle memories of the passion they once shared—even if it means once again losing the only man she could ever love?

First there are nightmares. Every night Ellie is haunted by terrifying dreams of monstrous creatures that are hunting her, killing her. Then come the memories. When Ellie meets Will, she feels on the verge of remembering something just beyond her grasp. His attention is intense and romantic, and Ellie feels like her soul has known him for centuries. On her seventeenth birthday, on a dark street at midnight, Will awakens Ellie's power, and she knows that she can fight the creatures that stalk her in the grim darkness. Only Will holds the key to Ellie's memories, whole lifetimes of them, and when she looks at him, she can no longer pretend anything was just a dream. Now she must hunt. Ellie has power that no one can match, and her role is to hunt and kill the reapers that prey on human souls. But in order to survive the dangerous and ancient battle of the angels and the Fallen, she must also hunt for the secrets of her past lives and truths that may be too frightening to remember. 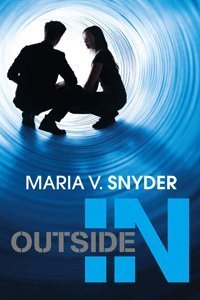 Me?A leader?Okay, I did prove that there's more to Inside than we knew.That a whole world exists beyond this cube we live in. And finding that led to a major rebellion—between worker scrubs like me and the snobby uppers who rule our world. Make that ruled. Because of me, we're free. I thought that meant I was off the hook, and could go off on my own again—while still touching base with Riley, of course. He's the one upper I think I can trust. But then we learned that there's outside and then there is Outside.And something from Outside wants In. 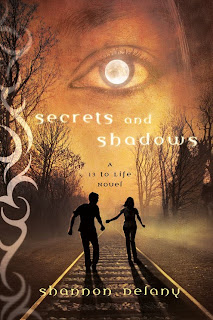 Nothing’s simple when you run with werewolves. Jess Gillmansen thinks she’s seen it all but her eyes are about to be opened to even more danger and a reality far more paranormal than she’s suspected. With Jess’s realization that the Rusakovas’ mother is still alive and imprisoned, the group’s choices become harder and trust more important. Lines are drawn and relationships change as the broken Rusakova family struggles to reunite long enough to free their mother and people who Jess always just took to be normal people show themselves to be much, much more.

PUBLISHER:St. Martin's Griffin
When eight-year-old Virginia "Sissy" Clemm meets her handsome cousin, Edgar Allan Poe, he seems the very image of the make-believe husband she conjures up in childhood games. He’s thirteen years her elder, but kind, soft-spoken, brooding, and handsome. Eddy floats in and out of her life as he fails his way through West Point and then the army. Each time he returns to Baltimore, their odd friendship grows, and her understanding of the moody, troubled writer deepens. As Sissy prepares for a career on the musical stage, her childhood crush turns to love. When she is 13, Eddy proposes marriage, swearing to care for her forever. Yet even child brides eventually grow up, and it's really Eddy who needs caring for, who leans on her. She gains his complete devotion, true -- yet also must endure his abrupt disappearances, strange moods, and the aftermath of alcoholic binges. Then, when she falls ill, Poe’s greatest fear – that he’ll once again lose a woman he loves – drives him both to near-madness, and to his greatest literary achievement. This provocative novel explores the mysterious and confounding relationship between Poe and Sissy Clemm, his great love and constant companion. Lenore Hart, author of Becky, explores love, loss, the afterlife, and American literature's most haunted and demonized literary figure, by imagining the real, beating heart of the woman who loved and inspired him – and whose absence ultimately destroyed him.
PUBLISHER:HarperCollins 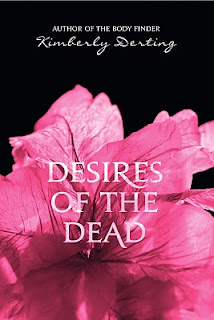 The missing dead call to Violet. They want to be found. Violet can sense the echoes of those who've been murdered—and the matching imprint that clings to their killers. Only those closest to her know what she is capable of, but when she discovers the body of a young boy she also draws the attention of the FBI, threatening her entire way of life. As Violet works to keep her morbid ability a secret, she unwittingly becomes the object of a dangerous obsession. Normally she'd turn to her best friend, Jay, except now that they are officially a couple, the rules of their relationship seem to have changed. And with Jay spending more and more time with his new friend Mike, Violet is left with too much time on her hands as she wonders where things went wrong. But when she fills the void by digging into Mike's tragic family history, she stumbles upon a dark truth that could put everyone in danger. 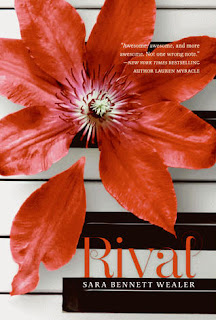 What if your worst enemy turned out to be the best friend you ever had?

Meet Brooke: Popular, powerful and hating every minute of it, she’s the “It” girl at Douglas High in Lake Champion, Minnesota. Her real ambition? Using her operatic mezzo as a ticket back to NYC, where her family lived before her dad ran off with an up and coming male movie star.

Now meet Kathryn: An overachieving soprano with an underachieving savings account, she’s been a leper ever since Brooke punched her at a party junior year. For Kath, music is the key to a much-needed college scholarship.

The stage is set for a high-stakes duet between the two seniors as they prepare for the prestigious Blackmore competition. Brooke and Kathryn work toward the Blackmore with eyes not just on first prize but on one another, each still stinging from a past that started with friendship and ended in betrayal. With competition day nearing, Brooke dreams of escaping the in-crowd for life as a professional singer, but her scheming BFF Chloe has other plans. And when Kathryn gets an unlikely invitation to Homecoming, she suspects Brooke of trying to sabotage her with one last public humiliation.

As pressures mount, Brooke starts to sense that the person she hates most might just be the best friend she ever had. But Kathryn has a decision to make. Can she forgive? Or are some rivalries for life?

When high school junior Natalie--or Dr. Aphrodite, as she calls herself when writing the relationship column for her school paper--is accused of knowing nothing about guys and giving girls bad relationship advice, she decides to investigate what guys really think and want. But the guys in her class won't give her straight or serious answers. The only solution? Disguising herself as a guy and spending a week at Underwood Academy, the private all-boy boarding school in town. There she learns a lot about guys and girls in ways she never expected--especially when she falls for her dreamy roommate, Emilio. How can she show him she likes him without blowing her cover?