Book: Invisible Things
Author: Jenny Davidson
Publisher: Harper Teen
Sixteen-year-old Sophie knows there is more to the story of her parents' death. And she's on a mission to find the truth. To aid her in solving the decades-old mystery, Sophie has enlisted her best friend, Mikael, whose friendship has turned into something more. It's soon clear that Sophie's future is very much wrapped up in the details of her family's past, and the key lies with information only one man can provide: her parents' former employer, the elusive billionaire Alfred Nobel.

As the threat of war looms in Europe, dangers to Sophie and her loved ones grow. While her determination to solve the mystery doesn't waver, forces beyond her control conspire to keep her from her purpose. Then, news of her great-aunt Tabitha's death sets off a chain of events that leaves Sophie questioning everything.
The more Sophie learns, the more she realizes that nothing—and no one—in her life is what it seems. And coming to terms with the dark secrets she uncovers means imagining a truth that she never dreamed possible. Full of gorgeous settings, thrilling adventure, and romance, invisible things is a novel that dares to ask, what if? 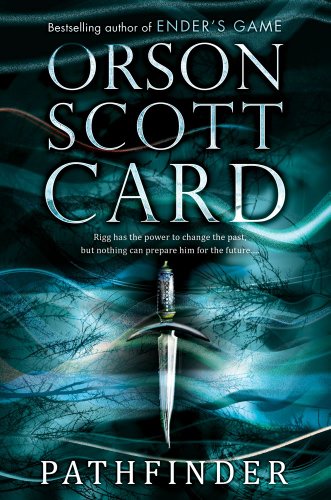 Book: Pathfinder (Serpent World, #1)
Author: Orson Scott Card
Publisher: Simon Pulse
Only his father knew that Rigg possessed the power to see deep down the paths of people's pasts. But it was only after his father died that Rigg discovers that he has another special gift: the power to change the past. Unfortunately, with that knowledge, all certainty and safety began to melt away. Thinking of it as a coming-of-age novel at triple speed. 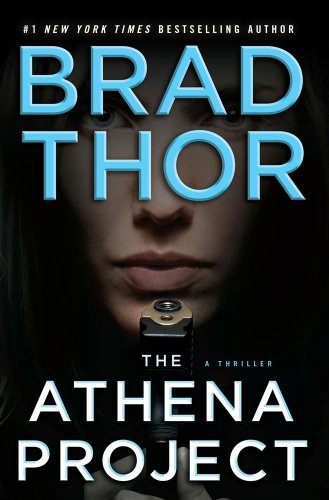 The world's most elite counterterrorism unit has just taken its game to an entirely new level. And not a moment too soon . . .

From behind the rows of razor wire, a new breed of counterterrorism operator has emerged.

Just as skilled, just as fearsome, and just as deadly as their colleagues, Delta Force's newest members have only one thing setting them apart—their gender. Part of a top-secret, all-female program codenamed The Athena Project, four of Delta's best and brightest women are about to undertake one of the nation's deadliest assignments.

When a terrorist attack in Rome kills more than twenty Americans, Athena Team members Gretchen Casey, Julie Ericsson, Megan Rhodes, and Alex Cooper are tasked with hunting down the Venetian arms dealer responsible for providing the explosives. But there is more to the story than anyone knows.

In the jungles of South America, a young U.S. intelligence officer has made a grisly discovery. Surrounded by monoliths covered with Runic symbols, one of America's greatest fears appears to have come true. Simultaneously in Colorado, a foreign spy is close to penetrating the mysterious secret the U.S. government has hidden beneath Denver International Airport.

As Casey, Ericsson, Rhodes, and Cooper close in on their target, they will soon learn that another attack—one of unimaginable proportions—has already been set in motion, and the greatest threat they face may be the secrets kept by their own government.

Book: The Sentimentalists
Author: Johanna Skibsrud
Publisher: Douglas & McIntyre
Haunted by the vivid horrors of the Vietnam War, exhausted from years spent battling his memories, Napoleon Haskell leaves his North Dakota trailer and moves to Canada. He retreats to a small Ontario town where Henry, the father of his fallen Vietnam comrade, has a home on the shore of a manmade lake. Under the water is the wreckage of what was once the town – and the home where Henry was raised.
When Napoleon’s daughter arrives, fleeing troubles of her own, she finds her father in the twilight of his life, and rapidly slipping into senility. With love and insatiable curiosity, she devotes herself to learning the truth about his life; and through the fog, Napoleon’s past begins to emerge.