Hi everyone! September is ending on a busy note in the Toronto book community so we thought that we would share some of the upcoming events with you. (All but one are being brought to Toronto by Indigo Books.) We will not be able to attend them all however we will indicate below which ones we will be crashing!

Wicked Appetite is the first book in Unmentionables series by famed writer Janet Evanovich. This book was just released September 14th so pick one up and if you're in Toronto head out to the signing on Friday.

Sophie Kinsella - Mini Shopaholic signing
When: Friday September 24, 2010 at 7:00 pm
Where: Indigo Manulife Centre
This book was our Waiting on Wednesday last week. The series is loved by many shopaholics worldwide and I have no doubt that this book will be as cherished. This book will be released Tuesday September 21st, 2010 which is just in time for the signing on the Friday of that week. It would be lovely if we could attend this even but it falls on a busy weekend.

Becca Fitzpatrick - Hush, Hush signing
When: Saturday September 25th, 2010 at 12:00 pm
Where: Indigo Yonge and Eglinton
Becca Fitzpatrick will be in Toronto the weekend of the 25th to attend Indigo's Teen Read Awards, so why not have a signing too? Crescendo won't be out until Tuesday October 19th but all you Patch lovers can get her to sign your copy of Hush, Hush. Why must this event be so close to Smart Chicks? We can't attend. :( 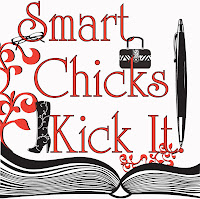 Teens have been voting for months for the best of the best in the YA world. We are too old to attend but Liz from MidnightBloom will be there and she will be guest blogging for us after the event! Thanks Liz!

The Word on the Street festival is a national event held in multiple provinces in Canada. The festival combines author events, workshops and throws in a huge marketplace with tons of publishers. This free event aims at promoting literacy and the written word in Canada. Ashley will not be able to attend this event (stupid work!) but I will be attending with my sister, Stephanie, who runs http://idlemind-stephanie.blogspot.com/ .

When: Monday September 27th, 2010 at 7:00 pm
Where: Indigo Yorkdale
Join the young and ultra-fabulous Alexandra Adornetto as she signs the first book in her YA series, Halo. It would be really awesome if we could attend this event but as of yet we are not sure. If you make it out to Indigo Yorkdale tweet us about it @bookjunkies!


That's all folks! If you like this events blog leave a comment below and we'll be sure to make it a regular occurrence!