**GIVEAWAY REMINDER: Our 50 follower Giveaway ends August 31st, 2010 at 12pm (11:59pm) EST. Please visit our giveaway and enter: 50 Follower Giveaway**
August 31st marks an amazing day in the world of YA literature. There are so many amazing books coming out! Christie as well as myself have already had the privilege in reading Clockwork Angel by Cassandra Clare. I've also read Paranormalcy by Kiersten White. These are two must haves! Aside from these two books there are many more coming out. Which books are you looking forward too? 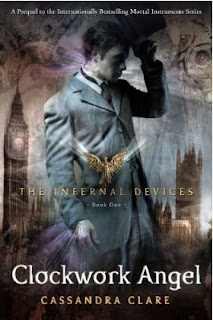 Title: Clockwork Angel (The Infernal Device #1)
By: Cassandra Clare
Published by: Simon and Schuster
Published On: August 31st, 2010
Magic is dangerous—but love is more dangerous still. When sixteen-year-old Tessa Gray crosses the ocean to find her brother, her destination is England, the time is the reign of Queen Victoria, and something terrifying is waiting for her in London's Downworld, where vampires, warlocks and other supernatural folk stalk the gaslit streets. Only the Shadowhunters, warriors dedicated to ridding the world of demons, keep order amidst the chaos.
Kidnapped by the mysterious Dark Sisters, members of a secret organization called The Pandemonium Club, Tessa soon learns that she herself is a Downworlder with a rare ability: the power to transform, at will, into another person. What's more, the Magister, the shadowy figure who runs the Club, will stop at nothing to claim Tessa's power for his own.
Friendless and hunted, Tessa takes refuge with the Shadowhunters of the London Institute, who swear to find her brother if she will use her power to help them. She soon finds herself fascinated by—and torn between—two best friends: Jem, whose fragile beauty hides a deadly secret, and blue-eyed Will, whose caustic wit and volatile moods keep everyone in his life at arm's length...everyone, that is, but Tessa. As their search draws them deep into the heart of an arcane plot that threatens to destroy the Shadowhunters, Tessa realizes that she may need to choose between saving her brother and helping her new friends save the world...and that love may be the most dangerous magic of all.

Weird as it is working for the International Paranormal Containment Agency, Evie's always thought of herself as normal. Sure, her best friend is a mermaid, her ex-boyfriend is a faerie, she’s falling for a shape-shifter, and she’s the only person who can see through paranormals' glamours, but still. Normal. Only now paranormals are dying, and Evie's dreams are filled with haunting voices and mysterious prophecies. She soon realizes that there may be a link between her abilities and the sudden rash of deaths. Not only that, but she may very well be at the center of a dark faerie prophecy promising destruction to all paranormal creatures. 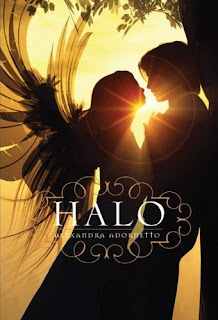 Title: Halo
By: Alexandra Adornetto
Published By: Feiwel and Friends
Published On: August 31st, 2010
Nothing much happens in the sleepy town of Venus Cove. But everything changes when three angels are sent from heaven to protect the town against the gathering forces of darkness: Gabriel, the warrior; Ivy, the healer; and Bethany, a teenage girl who is the least experienced of the trio. They work hard to conceal their true identity and, most of all, their wings. But the mission is threatened when the youngest angel, Bethany, is sent to high school and falls in love with the handsome school captain, Xavier Woods. Will she defy the laws of Heaven by loving him? Things come to a head when the angels realize they are not the only supernatural power in Venus Cove. There′s a new kid in town and he′s charming, seductive and deadly. Worst of all, he′s after Beth. 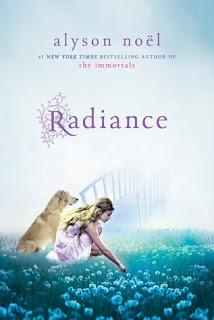 Title:Radiance
By: Alyson Noel
Published By: Square Fish
Published On: August 31st, 2010
Riley Bloom left her sister, Ever, in the world of the living and crossed the bridge into the afterlife—a place called Here, where time is always Now. Riley and her dog, Buttercup, have been reunited with her parents and are just settling into a nice, relaxing death when she's summoned before The Council. They let her in on a secret—the afterlife isn't just an eternity of leisure; Riley has to work. She's been assigned a job, Soul Catcher, and a teacher, Bodhi, a curious boy she can't quite figure out.
Riley, Bodhi, and Buttercup return to earth for her first assignment, a Radiant Boy who's been haunting a castle in England for centuries. Many Soul Catchers have tried to get him to cross the bridge and failed. But he's never met Riley...

Published On: August 31st, 2010
For once, sixteen-year-old Aden Stone has everything he’s ever wanted: A home. Friends. The girl of his dreams. Too bad he’s going to die...Since coming to Crossroads, Oklahoma, former outcast Aden Stone has been living the good life. Never mind that one of his best friends is a werewolf, his girlfriend is a vampire princess who hungers for his blood, and he’s supposed to be crowned Vampire King – while still a human! Well, kind of. With four – oops, three now — human souls living inside his head, Aden has always been “different” himself. These souls can time travel, raise the dead, possess another’s mind, and, his least favorite these days, tell the future. The forecast for Aden? A knife through the heart. Because a war is brewing between the creatures of the dark, and Aden is somehow at the center of it all. But he isn’t about to lie down and accept his destiny without a fight. Not when his new friends have his back, not when Victoria has risked her own future to be with him, and not when he has a reason to live for the first time in his life...
Title: Nevermore
By: Kelly Creagh

Published On: August 31st, 2010
Cheerleader Isobel Lanley is horrified when she is paired with Varen Nethers for an English project, which is due—so unfair—on the day of the rival game. Cold and aloof, sardonic and sharp-tongued, Varen makes it clear he’d rather not have anything to do with her either. But when Isobel discovers strange writing in his journal, she can’t help but give this enigmatic boy with the piercing eyes another look. Soon, Isobel finds herself making excuses to be with Varen. Steadily pulled away from her friends and her possessive boyfriend, Isobel ventures deeper and deeper into the dream world Varen has created through the pages of his notebook, a realm where the terrifying stories of Edgar Allan Poe come to life. As her world begins to unravel around her, Isobel discovers that dreams, like words, hold more power than she ever imagined, and that the most frightening realities are those of the mind. Now she must find a way to reach Varen before he is consumed by the shadows of his own nightmares. His life depends on it.

Title: The Haunted (The Hollow #2)
By: Jessica Verday

Published On: August 31st, 2010
After a summer spent reclaiming her sanity and trying to forget the boy she fell in love with by the bridge where her best friend drowned - the boy who must not exist, cannot exist, because she knows that he is dead - Abbey returns to Sleepy Hollow, determined to leave the ghosts of her past behind. She throws herself into schoolwork, perfume-making and her friendship with Ben, her cute and funny lab partner, who just might be able to help her get over Caspian once and for all. But Abbey is never going to truly be able to move on from Caspian and Caspian has no choice but to return to her side: for Caspian is a Shade and Abbey is his destiny. The two are tied not only to each other, but also to the town of Sleepy Hollow and the famous legend that binds their fates - a legend whose true ending and dark truths they are only just beginning to guess...
Any books coming out tomorrow that we haven't mentioned - in any genres? Let us know :) We'd love to hear what you are eagerly anticipating!!
Happy Reading :)
-Ashley and Christie
Posted by Book Junkies at 7:48 PM